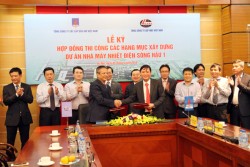 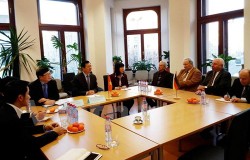 09:36 | 24/03/2016
Industry and Trade Minister Vu Huy Hoang joined a crowd of economic and energy ministers, and leaders from economic and energy firms worldwide at the Berlin Energy Transition Dialogue 2016, which took place in the capital of Germany on March 17.

09:20 | 25/12/2015
The operation of the first turbine of the Lai Chau hydropower plant, a key work of Vietnam, was marked with a celebration in the northern mountainous province of Lai Chau on December 23. 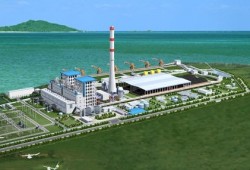 21:30 | 09/08/2015
This information affirmed by the General Director of Power Machines Open JSC (Russia) at a working meeting with the Minister of Industry and Trade Vu Huy Hoang in Hanoi on August 3. 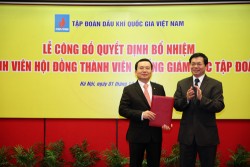 Mr. Nguyen Quoc Khanh has been appointed to the position of General Director of PetroVietnam

08:34 | 04/12/2014
On December 01, 2014, at the headquarter of PetroVietnam (PVN) was held the ceremony on handing the decision to appoint Mr. Nguyen Quoc Khanh to the position of PVN Member Council Member, General Director and Deputy Secretary of the Party Committee.