15:21 | 25/02/2019
On the afternoon of February 21, at the Government office, the Prime Minister Nguyen Xuan Phuc received Mr. Makhtar Diop, Vice President of the World Bank (WB) in charge of infrastructure. At the receiption, Mr. Makhtar Diop informed: ”WB is ready to support Electricity Of Vietnam (EVN) for developing power grids, especially grids for connecting solar power systems to the national power system. 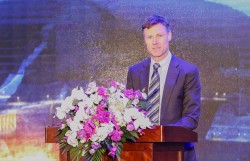 09:33 | 05/02/2018
On February 01, 2018, in Hanoi, Electricity of Vietnam (EVN) held a ceremony “EVN Partnership Meeting 2018”. This is an annual event of EVN to acknowledge the effective support, assistance and cooperation from Vietnamese state, foreign agencies and domestic and oversea parterners. At the meeting, World Bank (WB) has committed to continue supporting EVN in developing the competitive electricity market, upgrading the infrastructure to improve reliability of the power system, developing renewable energy and energy efficient and economical use... 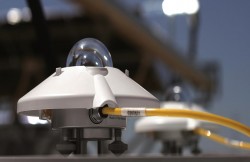 Solar radiation data in Vietnam will be provided free of charge

08:07 | 21/09/2017
On Sept. 20, 2017, in Hanoi, the World Bank (WB) and Electricity of Vietnam (EVN) launched a campaign to promote the deployment of renewable energy by the installation of five stations for measuring solar radiation across the entire territory of Vietnam. These stations will collect solar radiation data with a high quality, which help to improve accuracy of estimating solar energy sources. The collected data will be free online provided to encourage and support investors in developing the solar power projects in Vietnam. 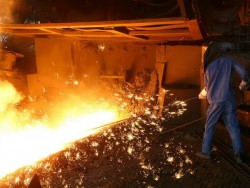 09:11 | 18/04/2017
According to information of VNF website, the World Bank (WB) Directorate has approved a $102 million loan for the Vietnamese government to support the efforts of industrial enterprises in applying energy saving technologies and solutions. 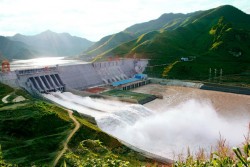 15:46 | 18/01/2017
As information from the Electricity of Vietnam (EVN), the Group has a lot of difficulties in arranging investment capitals for the power projects has a lot due to it’s foreign loan capitals have exceeded the threshold guaranteed by Government (accordingly to the current regulations). 16:33 | 30/12/2016
Investing in renewable energy sources, particularly wind power, is key to address Vietnam’s growing electricity demand and to ensure the nation’s energy security as well as green growth strategy. The successful path towards this ultimate goal now depend on what policies and technologies Vietnam will take on to make the nation’s fully untapped potential a truly reality. 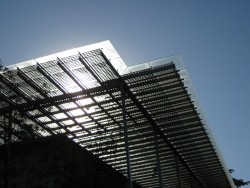 14:02 | 27/10/2016
On October, 26 2016 in Ho Chi Minh city, the representatives of WB Energy-Mineral group held a meeting to introduce its plan for implementing a supporting project to relevant agencies of HCM city. 10:33 | 11/11/2015
On November 4, 2015, in Da Nang city, the Ministry of Industry and Trade (MOIT) held the conference "Shaping Vietnam’s Sustainable Power Sector Development" to summarize the achievements in the process of renewing power sector and discuss the measures for strengthening the participation of the international donors and various economic sectors to Vietnam's Power Sector Development in future. Deputy Prime Minister (DPM) Hoang Trung Hai attended and spoke at the Conference.