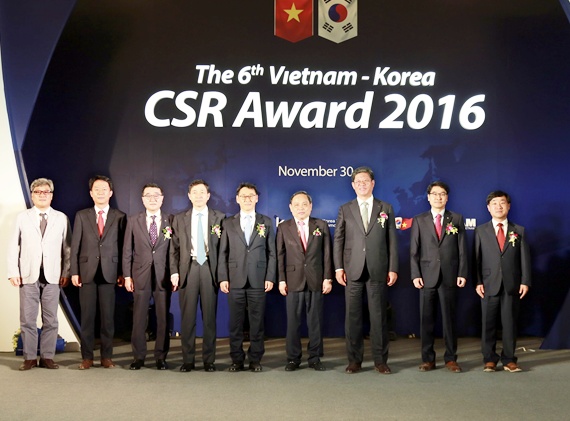 Yeon In Jung and representatives of other bussinesses receive CSR awards.

Mr. Yeon In Jung Senior Vice president of Doosan Heavy Industries and CEO of Doosan Vina accepted anaward for large-scale businesses. Doosan Vinawas recognized for its extensive CSR efforts that focus on “Building Healthy Communities” through: Education, Healthcare and Housing. Over the last eight years Doosan Vina has invested $5.6 million in its neighbors through its CSR programs.

As a part of the awards ceremony hundreds of university students from across Vietnam were given scholarships. Yeon In Jung, on behalf of Doosan Vina presented a 10 Million VND scholarship to 22 year old Nguyen Thi Thu Nu who is studying medicine at Hue University.  She is one of the 1,078 students across Vietnam thathas now received scholarships from Doosan which now exceeds $282,000. 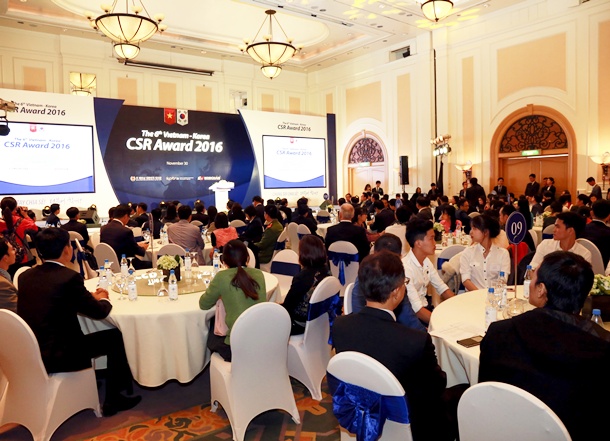 Overview of the event

This year awardswere presented to eight enterprises; four went to large-scale enterprises and fourwere for small and medium size businesses. This is testament to the ongoing and positive relationship that has evolved between Vietnam and Korea since establishing diplomatic relations 24 years ago. In 2011, Doosan Vina received the CSR award from Vietnam’s MPI and in 2014 was selected by Korea’s Ministry of Natural Resources and Industry.

In healthcare, Doosan Vina in cooperation with Chung Ang University (CAU) Hospital has: examined and provided medicine for over 16,000 people in Quang Ngai;Performed 110surgeries for needy children and the elderly, which includes 22 difficult cases which had to be flown to Korea for specialized care; Given 2.6 million doses of multi-vitamins for children, Presented30 pieces of physiotherapy equipment worth more than $150,000to hospitals in Quang Ngai; Coordinated with CAU to bring Korean doctors to Vietnam to share medical procedures with doctors at Quang Nam Central General Hospital and Quang Ngai General Hospital. Also related to health was the donation of a near $1 million desalination plant so that residents of An Binh Island would have a reliable, safe and clean supply of drinking water.

In education, 1,078 scholarships have been presented to students at universities in Viet Nam with a total of $282,000. Doosan Vina also signed agreements to share expertise and work with Vietnamese companies to upgrade the domestic mechanical sector and will provide employment for graduates of 17 universities and colleges; Repaired, upgraded and donated school supplies to local elementary schools and conducted numerous training programs for preschool and elementary children.

In housing, 27 houses in neighboring communities were built, upgraded and renovated.

The “CSR Award for Korean Enterprise” was first held in 2011 and became an annual event, taking place alternately in Hanoi and Ho Chi Minh City. This significant event has received positive feedback from both the Vietnamese government and the Korean government. 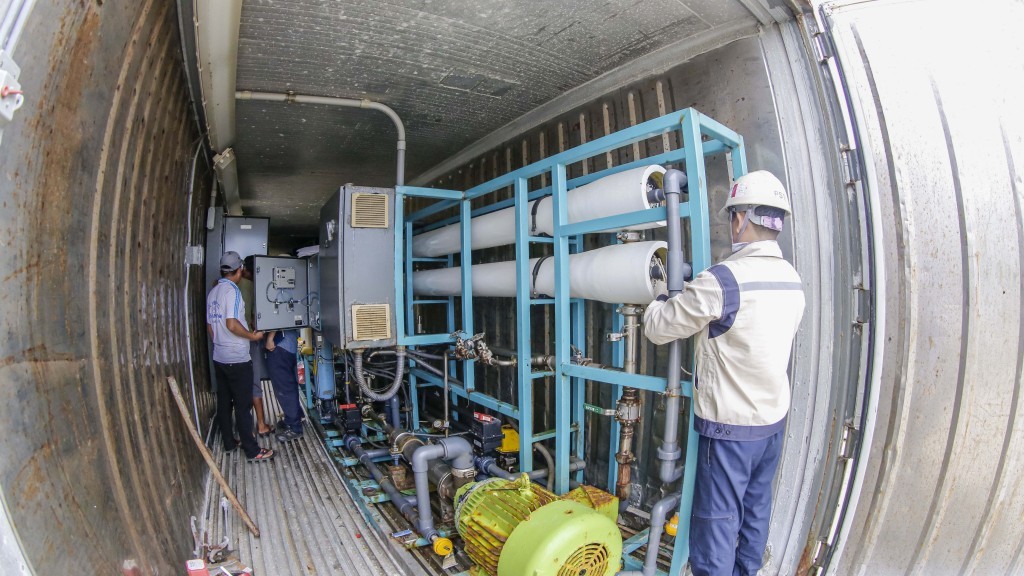 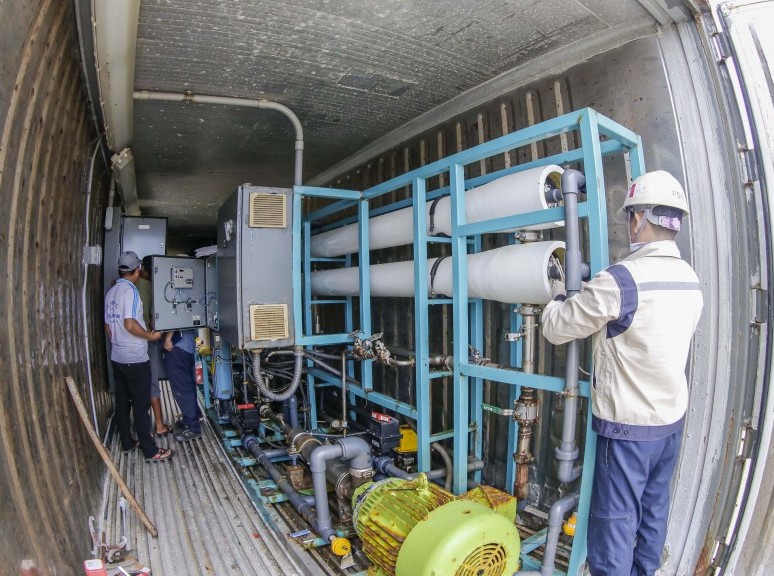 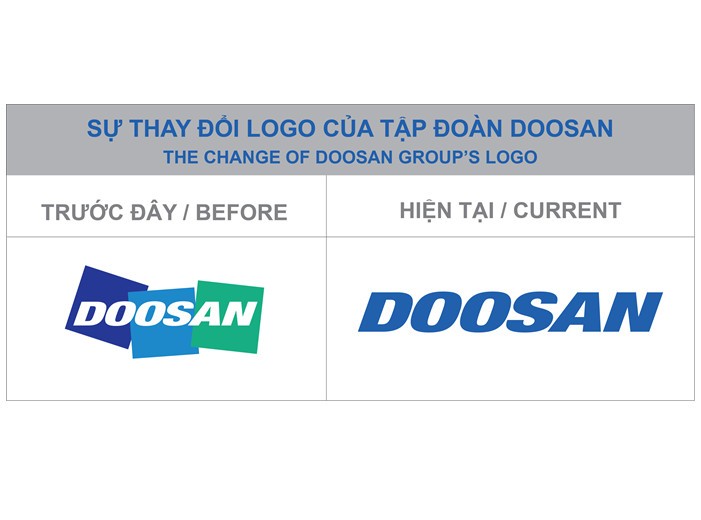 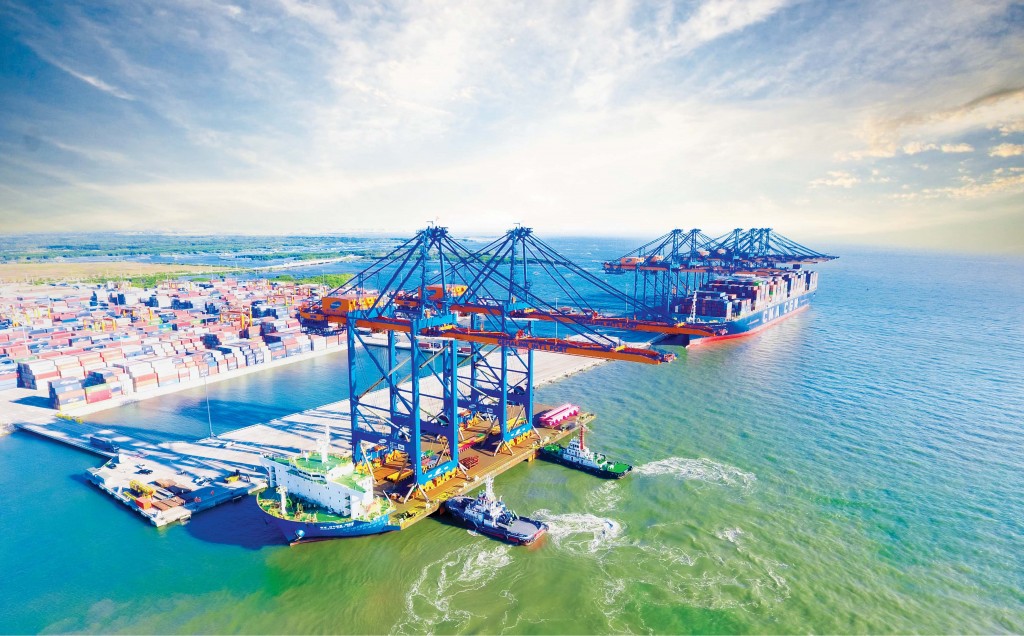 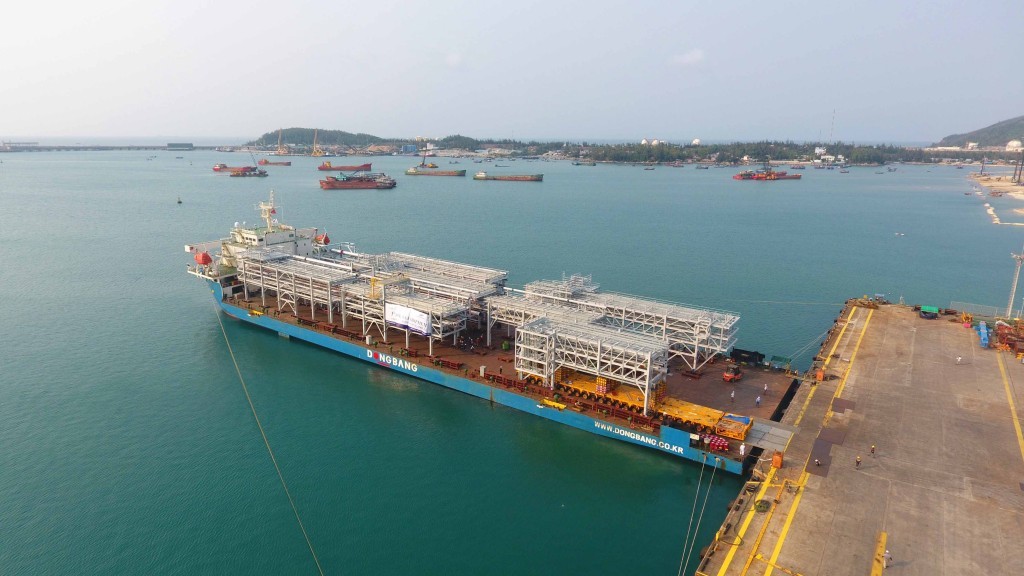 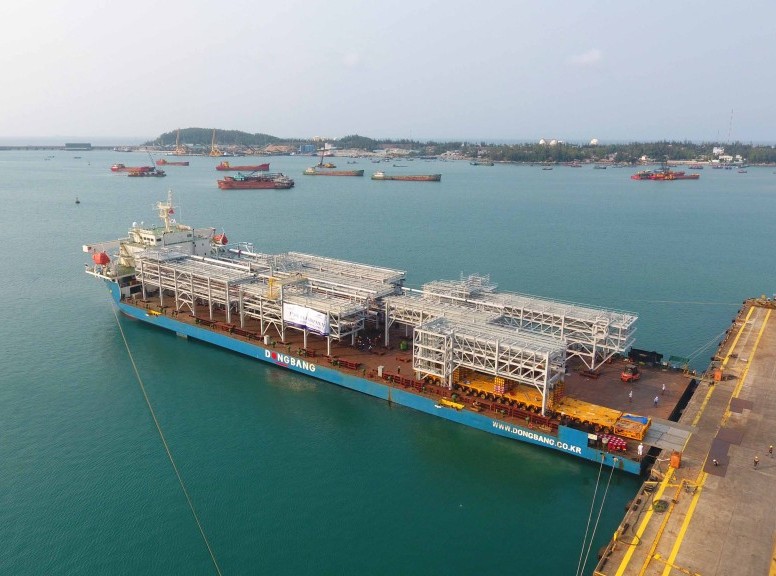 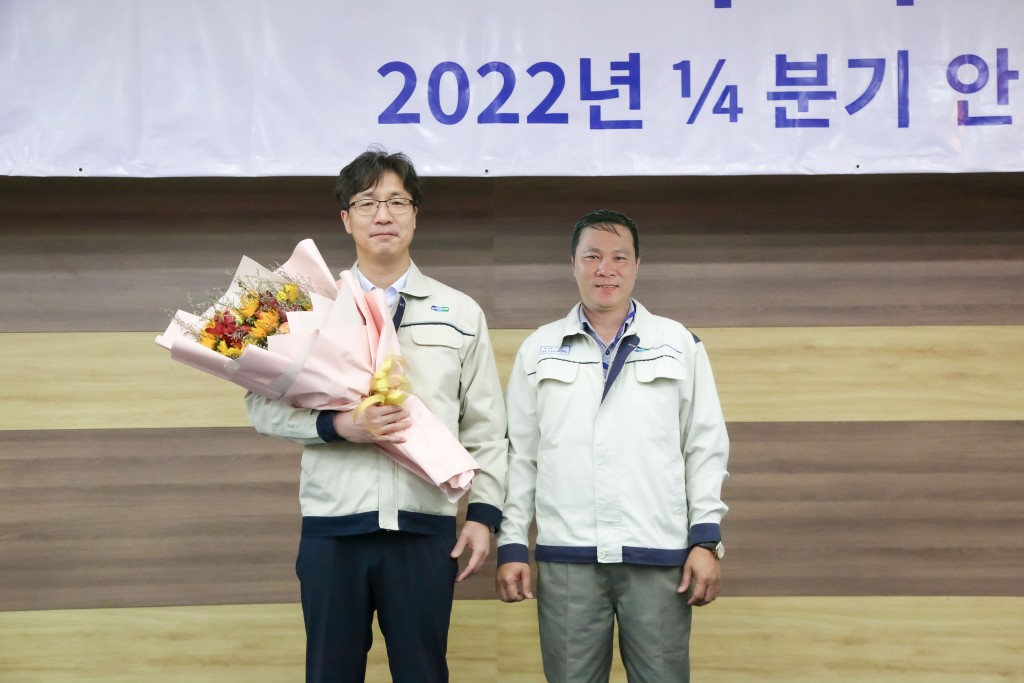 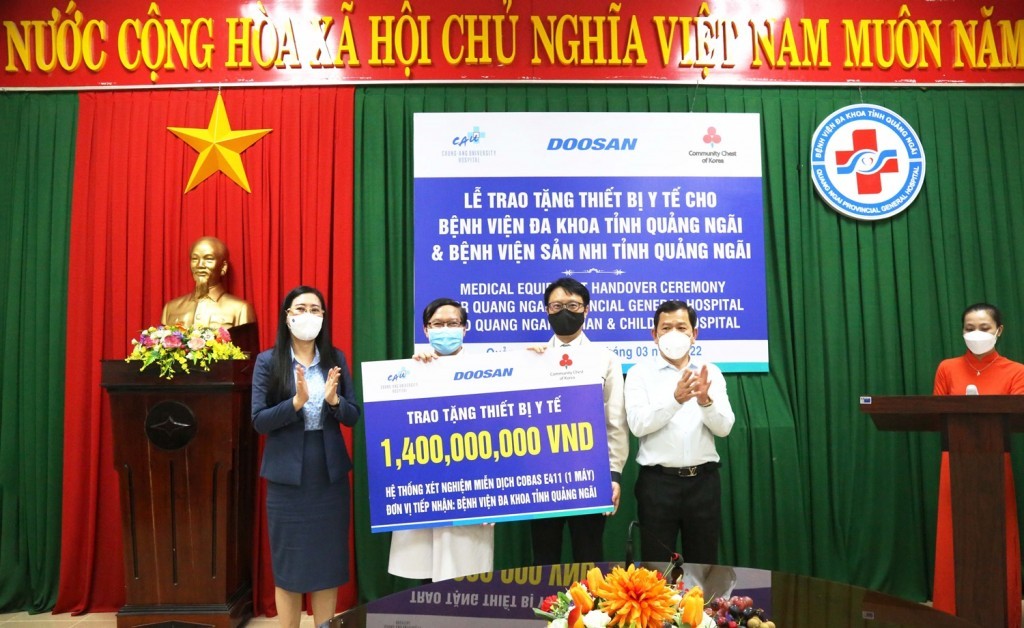 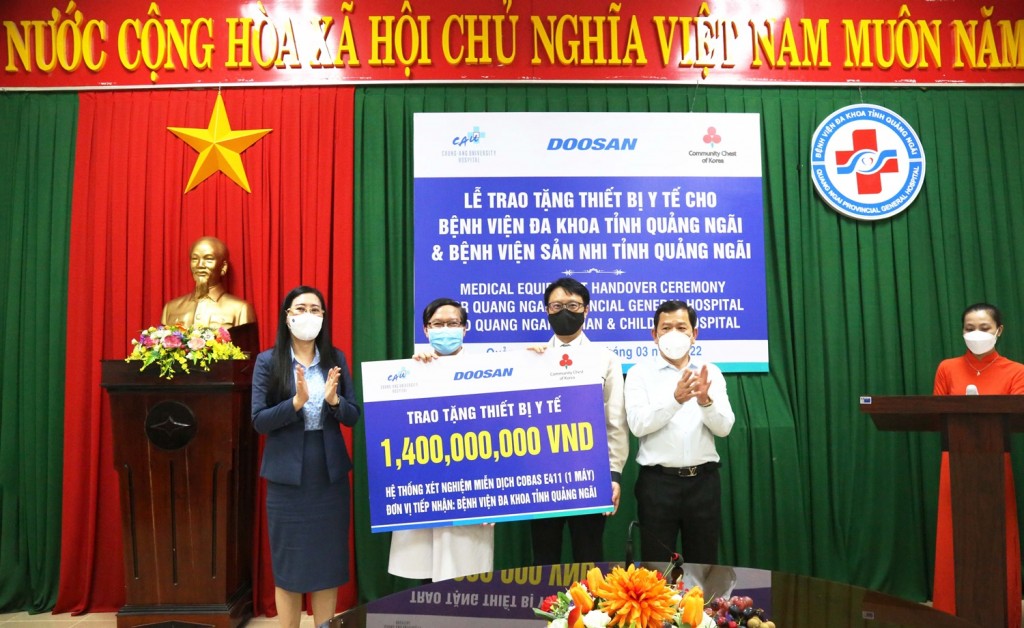 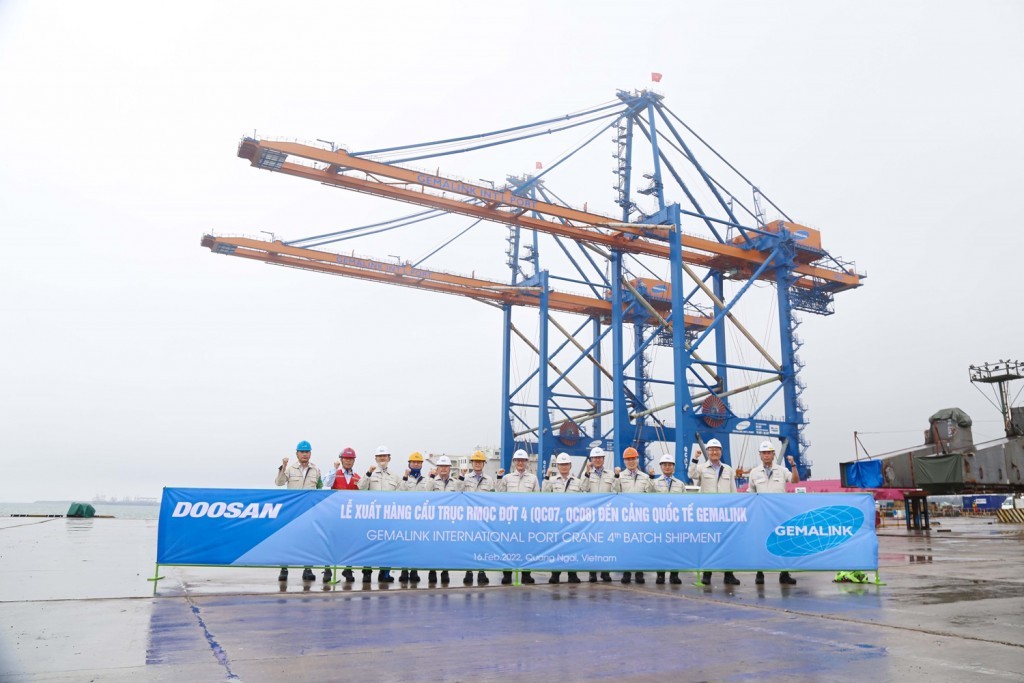