- The Vietnamese government aims to produce 10.7% of electricity from renewable sources by 2030. Vietnam's PV installations reached 13.437GW (ground + roof) in 2020. Vietnam has installed more than 101,939 rooftop solar systems with a total installed capacity of more than 9.3GW as of January 4, 2021, according to the report of Electricity of Vietnam (EVN). 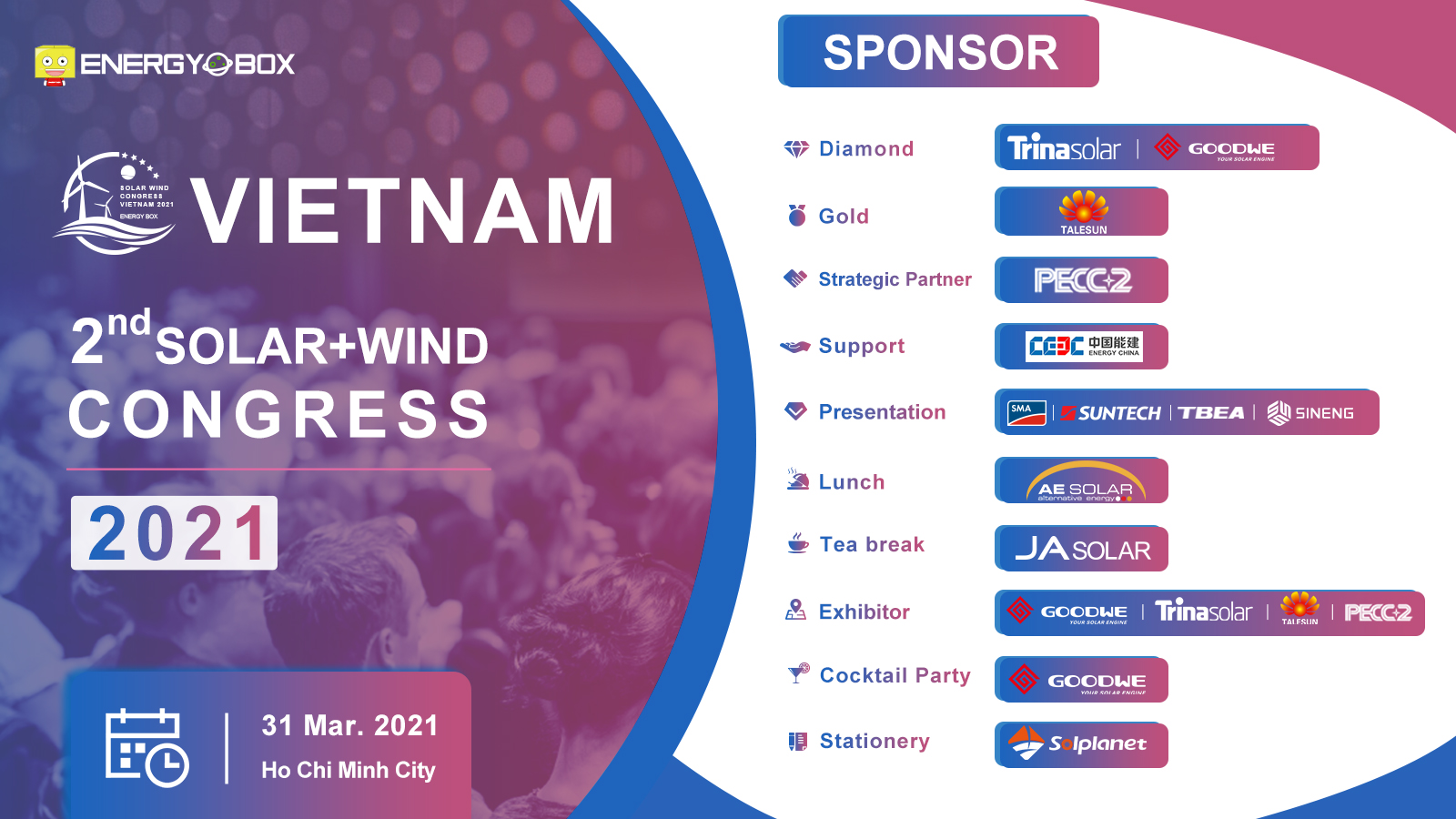 The Vietnamese market is full of opportunities and prospects. Despite the global outbreak of the epidemic and the national blockade leading to a crisis in the economy, the installed capacity of rooftop photovoltaic power in Vietnam continued to grow steadily, and installation continued to accelerate. To be noted, the goal set by the government last year to install 100,000 rooftop solar systems by 2025 has already been completed ahead of schedule.

Vietnam has a high potential for solar energy production, with at least 1,600-2,700 sunlight hours per year and a comparatively high direct normal irradiance every day. Vietnam is the country, which promoted feed-in tariffs to attract investment in solar and wind power, leading to the most emerging market.

The latest event comes at a time when Vietnam is leading the shift to renewable energy in the whole Asia Pacific region. By the end of 2020, the total renewable energy output accounted for around 25 percent of the total output worth 69,000MW of Vietnam’s power system.

According to data, during the period the 2021-2024, the power shortage will gradually increase in Vietnam. It has been estimated that there will be a power shortage of nearly 400 million kWh in 2021, and it will reach a peak of 13.3 billion kWh in 2023. In order to reduce the risk of power shortage during 2021-2025, one of the solutions of the Vietnamese government is to promote the development of renewable energy, especially solar energy.

According to the draft national power development planning for 2021-30 period, Vietnam has a huge potential for renewable energy development, estimated to amount up to 855GW, mostly solar power (434GW), and wind power (375GW).

Vietnam is set to become a clean energy leader in the APAC region, targeting 21% installed renewable energy capacity by 2030. Amid such, ENERGY BOX believes such events are important to support green development and a green transition in Vietnam's energy sector.

Since Vietnam is on the stage of the world's most active market, the 2nd Vietnam Solar+Wind Congress is providing the best chance all-round to investors, EPC, developers, energy consultancies, manufacturers and anyone enthusiastic in developing their business in Vietnam renewable market.

ENERGY BOX is all set to organize a high-level conference "2nd Vietnam Solar+Wind Congress" on March 31 this year in Vietnam, providing a deeper understanding of the booming and exemplary Southeast country in renewable energy. Event website: https://www.energyboxevents.com/conference

The goal of the conference is to help participants understand the Vietnamese market, find potential cooperation opportunities, and quickly seize the opportunity for the development of the Vietnamese solar and wind energy market.

Representatives of these various sectors along with other renewable energy enthusiasts will participate in sharing and discussion on Vietnam's solar photovoltaic and wind energy policies, development prospects, investment opportunities, and project development.

Considering this context, the conference holds great significance for the renewable energy authorities, stakeholders and enthusiasts. The event has gained confidence of the pioneer energy companies as supporters. Trina Solar, and Goodwe is the Diamond Sponsor of the event, while Talesun is the Gold Sponsor. Similarly, PECC2 is the Strategic Partner of the event, whereas it has garnered the Support from Energy China. Goodwe, Trina Solar and PECC2 are the exhibitors in the event who will show the participants the latest technology and equipment.

The grand event would be impossible without the supporting partners, be it morally or in terms of logistics support. The Presentation part is sponsored by Suntech, TBEA, Sineng and Duane Morris Vietnam LLC Similarly, Lunch and Tea-Break is supported by AE Solar and JA Solar respectively, whereas Cocktail Party has been managed under Goodwe. Soplanet is supporting the stationary part in the event.

Besides the discussions, there will also be an award ceremony in the event, mainly under two categories. The award includes Energy Leader of the Year, Solar+Wind Project of the Year for Renewable Energy, and Worlds Manufacture Solar Products.