Prospects for industrial use of nuclear power

- A reliable and quality power grid is one of the most important elements helping develop industries and is a goal to strive for by Vietnam Electricity (EVN) in the future.

According to an EVN report, its total power output reached 132.8 billion kWh as of November 2014, up 10.76 percent compared to the same period of 2013, while its total commercial power output was estimated to reach 117.64 billion kWh, up 11.31 percent, with a power supply for industries accounting for 53.9 percent of the total, up 13.55 percent.

EVN added nearly 10,000MW to the national grid in the 2011-2013 period and it is implementing urgent power projects under Prime Ministerial Decision 2414/QD-TTg to meet the domestic increased needs for power. However, the country, especially for the south, will probably face a power shortage in the future, as hydropower and thermopower resources are fully exploited by 2020 while renewable energies are underdeveloped, just meeting 4-6 percent of the country’s total energy needs.

EVN will face more difficulties in ensuring a stable power supply on account of a gradual exhaust of domestic fossil fuels and coal, and changes in coal import prices after 2016.

In fact, the government has recognized this and is thinking over the construction of nuclear power plants to ensure a stable power supply for the whole country without causing adverse effects to the environment.

Nuclear power has been adopted in use and accounted for a major proportion in the national power output for developed countries such as France, Japan, the Republic of Korea and the US. It is also regarded as a key element to ensure national energy security for some developing countries such as China and India.

Nuclear power construction in Vietnam was approved by the National Assembly in 2009. To date, feasibility study reports on the Ninh Thuan 1 and 2 nuclear power plants have been completed.

Recently, EVN launched a power project in support of the Ninh Thuan 1 Nuclear Power Plant in Ninh Thuan Province which includes a double-circuit 110kV transmission line and a 110/22kV 25MVA substation and aims to ensure a stable power supply for construction of the plant.

This is regarded as EVN’s important step towards developing nuclear power and also denotes Vietnam’s resolution to implement the strategy to use the atomic power for peaceful purposes. The XIII Conference on Nuclear Science and Technology 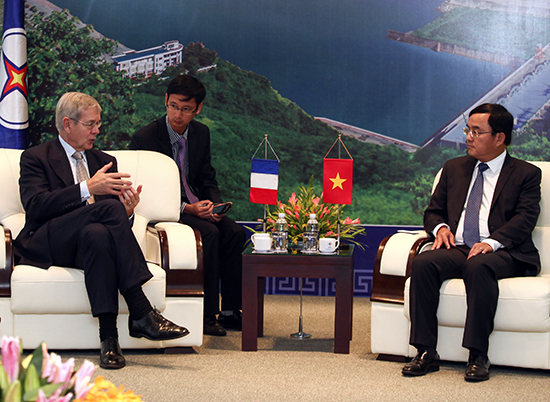 The International Forum ATOMEXPO will be held in Moscow 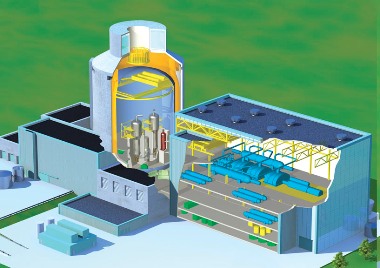 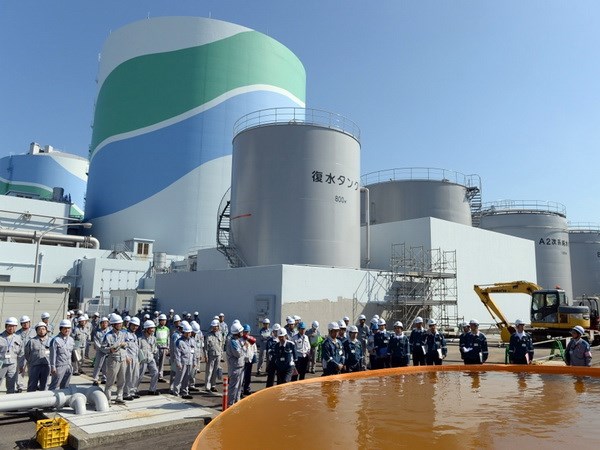 Japan will export nuclear power to Turkey and UAE