- Never the sustainable energy issue for developing the country has been hotter than recent time. In that context, on June 17, 2022, the Vietnam Energy Association (VEA) held a conference on "Mechanisms, policies, solutions for sustainable energy development in Vietnam" in Hanoi.

In the opening speech, Mr. Tran Viet Ngai, VEA President stated the goal for Vietnam to become a developed and high-income by 2045 and Net-zero country by 2050 as the Government commitment at COP 26.

The VEA President asked the conference participants to discuss concrete and highlight issues on the energy development in Vietnam, the lesions from the Adjusted Power Development Planning (PDP) VII and the Targets in Draft PDP .

Mr. Nguyen Anh Tuan, VEA Member raised the challenges in ensuring electricity supply security and energy sustainable development in Vietnam, experiences from deploying the adjusted PDP VII to assess the PDP VIII feasibility. Mr. Tuan said, the power plants in Vietnam developed strongly but slowed down in recent years. There were risks to our power system when many projects were behind schedule or even cannot arrange capital. The directed opinions of Government on the draft PDP VIII have shown the problems that PDP VIII still has no way to solve. It is very difficult to be feasible that within 8 years must put into operation a large amount of LNG capacity, especially with the current LNG price and lengthy investment procedures.

For offshore wind power projects, there is no a clear mechanism for marine spatial planning. Domestic gas power projects also face difficulties due to lengthy negotiations, the price of ashore gas is no longer as cheap as for operating plants.

Mr. Nguyen Van Vy - VEA General Secretary and Vice President emphasized that Vietnam's energy system relies on the fossil fuels and energy use level increased 5.5 times over the past three decades. The energy transition to renewable energy (RE) could bring about radical changes in the scope and impact of fossil fuels.

EVN's representative said that the power plants of EVN developed basically in following with the adjusted PDP VII (93% compared to PDP VII). The draft PDP VIII has been approved by the appraisal council and needs to be approved for its implementing. In accordance with PDP VIII, EVN must mobilize about 5 billion USD per year from now to 2030, that is a big challenge while the limitation of capital resources due to changing in international credit policies and domestic banks have exceeded the credit room and ODA capital is decreasing. On the other hand, the electricity prices are not attractive enough for commercial investors.

Mr. Ian Hatton, the President of Enterprize Energy Company presented the process of pursuing the Thang Long off-shore wind project with an expected installed capacity of 3,400 MW in Binh Thuan province. The company has good experience from the Hai Long project in Taiwan, where the geological and hydrological conditions are much more complicated than that of the Binh Thuan sea. Currently, the company and its partners have carried out wind surveys using Lidar. Geophysical surveys also show that the seabed in the survey area can be built the wind turbines. The project took into account wind power variability and is expected to produce hydrogen and ammonia in times of excess electricity that helps to stabilize the power grid. Those two gases can be sold to domestic and export markets.

A representative of the Vietnam Oil and Gas Group (PVN) said that the oil and gas industry at some time contributed a high proportion of the state budget. In 2021, PVN exploited 10.97 million tons of oil and 7.43 billion m3 of gas, and produced 16.0 billion kWh of electricity. PVN developed oil and gas industry from petroleum exploration and exploitation to electricity and fertilizer production. However, Vietnam's oil fields are in the final stage, it is to develop the deep and marginal fields. Exploration for expanding reserves is proceeding slowly due to a number of constraints. Vietnam's oil and gas attractiveness is diminishing as other countries compete better.

Mr. Ta Dinh Thi, Congressman of the 15th National Assembly, Vice Chairman of the Committee for Science, Technology and Environment of the National Assembly noticed a few emerging issues as the regional and international context changes a lot, so policies and laws of Vietnam must change to respond to such changes. The implementation of the results of the COP26 and fluctuations in the East Sea are really the challenges for development of Vietnam's energy industry. The Resolutions of the Central Committee on RE development and development of the marine economy need to be legalized. Amendment to the Petroleum Law is being actively prepared from now until October. The amendment of the article 4 of Electricity Law should encourage private investment in the power transmission grid. The National Assembly is considering the Law on Renewable Energy.

Mr. Nguyen Quang Huan, Congressman of the 15th National Assembly, Member of the Scientific, Technologic & Environmental Commission of the National Assembly, Chairman of Vietnam Halcom Joint Stock Company added that the sun and wind are not to be imported but all equipment must be imported. So it is necessary to make policies for encouraging the domestic production of wind and solar power equipment to ensure energy security.

Tin Thanh Group introduced technology for waste and biomass treatment to generate electricity. Currently, there are 32 factories converting waste into electricity to replace fuel oil and other fuels, which have been built in well-known domestic and FDI enterprises. Biomass from sorghum is a promising trend that can be co-fired in a boiler.

Petroleum Design Consultancy Joint Stock Company (PVE) introduced an international trend of energy transition to RE including green hydrogen production. PDP VIII sets out conversing coal-fired to hydrogen and NH3 fired power. In Vietnam, onshore wind power projects have low wind speed, but the offshore wind speed measured on the drilling rigs reaches 9 - 11 m/s. The oil and gas drilling rigs in Vietnam are almost expired, so it is necessary to calculate for salvaging these rigs to produce wind power and hydrogen.

Presentation of Associate Prof, Dr. Nguyen Minh Due, the Energy Economist stated that PDP VIII brings out investment capital too great so PDP VIII has not yet been approved. Lessons learned from PDP VII most projects were behind schedule, so the amount of investment capital was smaller than planned. It is necessary to have a national energy development strategy. Currently, there are only planning and strategies for the energy sectors as coal, oil and gas, and electricity. To ensure energy security, it is necessary to strengthen the RE development. Enhancing implementation of economical and efficient use of energy will reduce investment costs for energy sources. It is necessary to mobilize capital from private sectors and foreign investment.

For answering to the question of the workshop participants that from where come ammonia and biomass for converting coal? EVN Deputy General Director Nguyen Tai Anh said that the economic life of a coal power plant is 20 - 30 years, so then it may be replaced by a plant with new technology. The conversion can't be done all at once. Vietnam's CO2 emissions are below 1% of the world, too small compared to the US and China. Ensuring energy security is very important because we have used up all domestic energy sources. Therefore, the draft must introduce the use of hydrogen. But the transition will make the economy bearable. Since wind and sun are not stable, our system must have backup capacity. It is important that the production costs are at an acceptable level.

Another comment stated that it is unclear how to rapidly increase wind power capacity as proposed in the draft PDP VIII? That is really the challenge. Even China is committed to 2060 and still consumes coal despite its rapidly increasing production of renewable energy and nuclear. Undoubtedly, coal and electrification will reduce run times and continuously transform power. If the grid is smart and well connected, variables can be reduced sudden movement.

The opinions of the participants showed that the mechanism and policy as the title of the Workshop are more decisive than the capital sources. The reasonable mechanism made RE power projects to increase very quickly within a few years. But on the other hand, the unreasonable mechanism caused the O Mon B gas project to be submitted for three years without being approved for investment policy.

The enterprises invested in agriculture and electricity are waiting for electricity prices of wind and solar power projects. For more than a year, there was no price, could the enterprise continue to do it or not? Don't know what the next plan is?

VEA President Tran Viet Ngai in workshop conclusion said that the presentations show an overview of current Vietnam's energy and its future until 2030 - 2045. Only offshore wind power projects can replace fossil electricity. The energy development goes firstly for the economic development must. After this workshop, VEA should propose Party and State to encourage energy development, and issue the mechanisms, policies for encouraging the investors to invest in the energy development. 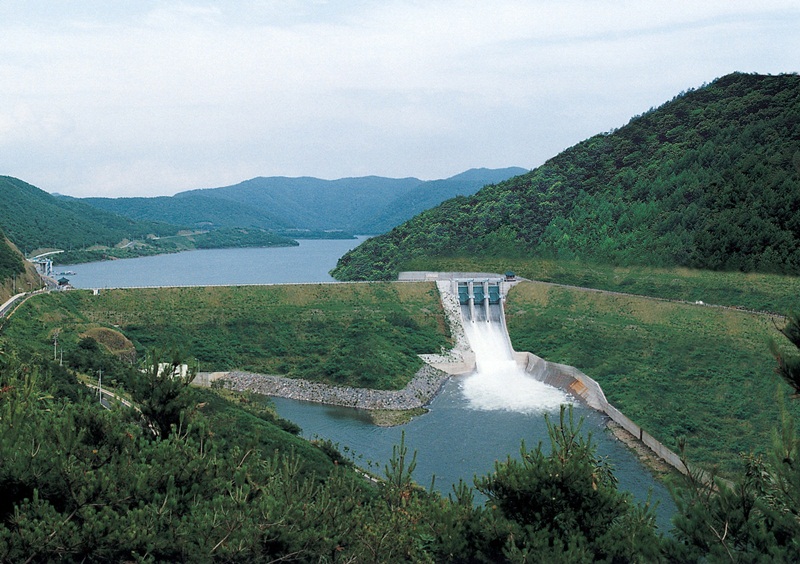 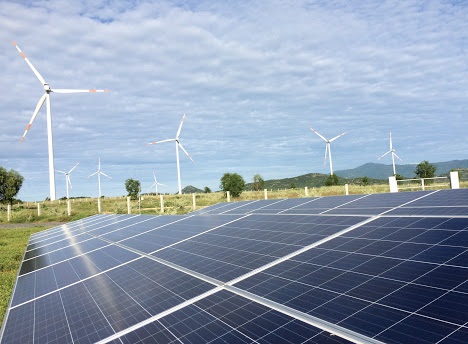 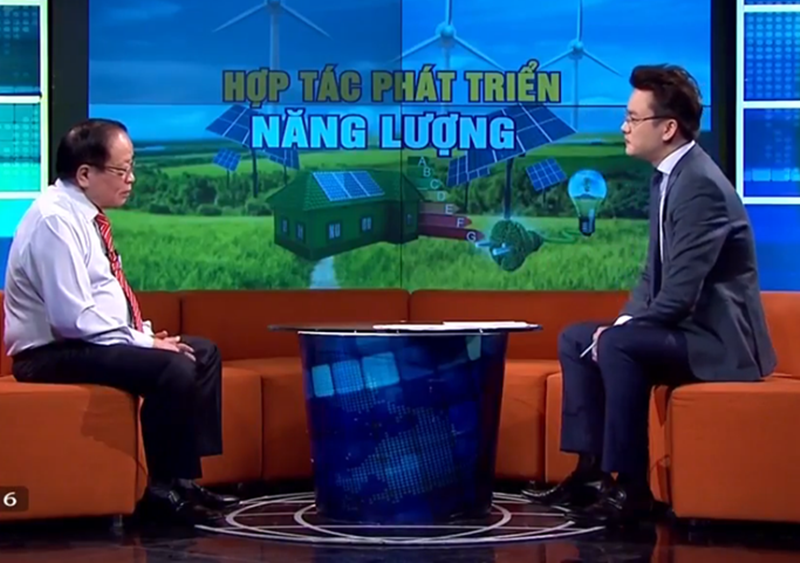 The role of VEA in the energy development of Vietnam 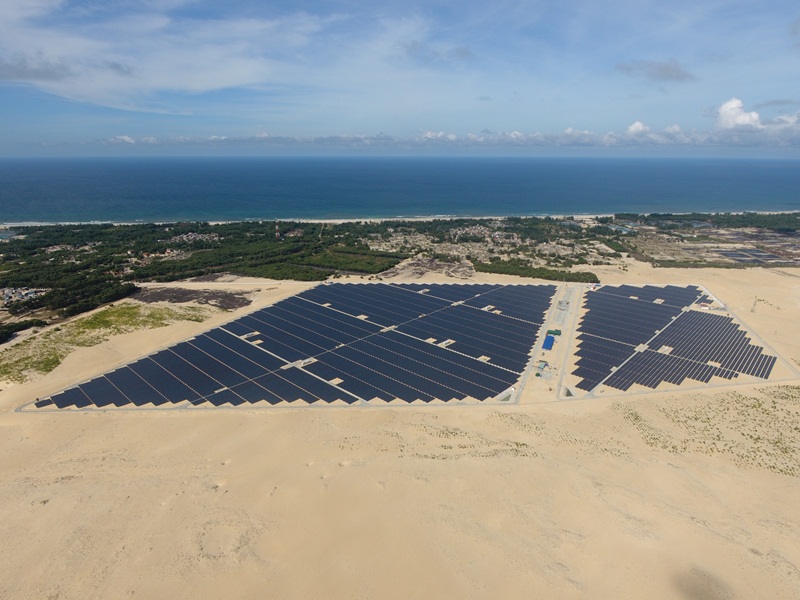 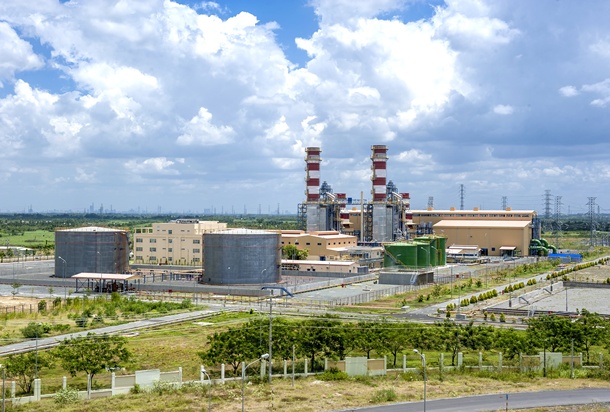 It’s time for sustainability for today and future generations