- At present, the Ministry of Industry and Trade is directing to establish Energy Development Planning (EDP) in Vietnam for period 2021 – 2030 with a vision up to 2045.

During EDP project implementation, the consulting units studied, checked, review and preliminarily calculated the potential of energy resources and their exploitation ability in Vietnam. The study and calculate results show that fossil fuels as coal, petroleum and large hydropower sources in Vietnam will soon reach “ceiling” exploitation ability. In fact, our energy sector, at present already depends on import coal and will depend on LNG soon. However, the renewable energy resources, especially wind and solar power sources are very abundant.

The concrete data on potential of energy resources in Vietnam updated in November 2020 are as follows:

3/ Coal resources: the total coal reserve in Vietnam is about 2.2 billion tons, mainly in Northeast basin, which can be exploited in about 40 years with the current exploitation level.

Wind power: The total technical potential of the wind power is about 377 GW, among which onshore 217 GW and offshore  160 GW.

Solar power: the total technical potential of solar power is 434 GW including 309 GW of large projects on the ground, 77 GW of floating projects and 48 GW of rooftop projects

- Waste –to - power: Total potential of 1.5 GW, concentrated in the South (about 1 GW). At present, there 3 projects with  a total capacity of 10 MW are operating.

- Geothermal power: The technical potential is about 0.7 GW, mostly in the North (0.4 GW).

- Tidal power: Technical potential is about 2 GW, mostly in the Central region (1.6 GW). At present, this power source is on stage for the development research.

- Biogas power: Technical potential is about 2 GW. The projects will be on the farm scale with a quite small capacity, so it is difficult to develop the large biogas-power projects in Vietnam in the coming period. 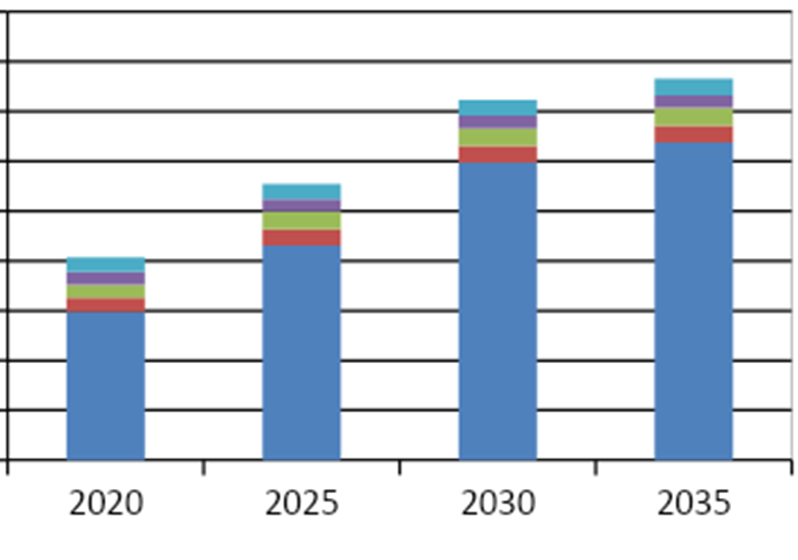