- At a working meeting with Mr. Tran Dinh Nhan - General Director of Electricity of Vietnam (EVN) on June 20, in Hanoi, Mr. Satoru Harada – Executive Director of the Electricity business division of Marubeni Group in Vietnam expressed his wish to continuously cooperate with EVN in the renewable energy and LNG power projects in Vietnam coming period.

Speaking at the meeting, Mr. Tran Dinh Nhan highly appreciated Marubeni in the electricity industry development in Vietnam with many important projects and hoped Marubeni continuously contribute more in the power projects in the coming period.

Mr. Tran Dinh Nhan also shared with Marubeni leaders about the difficulties and challenges that EVN faces such as the high price of imported coal making the cost of electricity from thermal power plants imported coal-fired much higher than the average electricity price in Vietnam. Besides, In the rapid development of solar and wind power projects with high viability in the southern region also causes difficulties in the operation of the power system.

Regarding Nghi Son 2 BOT Thermal Power Plant, EVN General Director highly appreciates Marubeni's efforts in implementing the project on schedule and asked Marubeni to work well with the State Acceptance Council and relevant agencies in the inspection and acceptance of the units with the acceptance document as a basis for EVN to mobilize Nghi Son units in accordance with the fair regulations.

Mr. Satoru Harada expressed his sharing of the difficulties and challenges that EVN is facing and said that Marubeni will make every effort to work with relevant authorities to strictly comply with current regulations in Vietnam on the acceptance of the Nghi Son 2 BOT Thermal Power Project.

In particular, Marubeni leaders discussed with EVN about mobilizing the capacity of the Nghi Son 2 BOT Thermal Power Plant and proposed cooperation with EVN in developing the renewable energy and LNG power projects. ..

Marubeni is a leading Japanese trading and investment Corporation, with offices and branches in 70 countries and territories. In Vietnam, Marubeni started its business in 1991. The Group has participated in building 11 power plants with a total installed capacity of over 4,000 MW.

Marubeni is an investor in developing BOT projects such as Nghi Son 2 and O Mon 2 Thermal Power Plants. Marubeni was also the EPC contractor for large power projects in Vietnam. 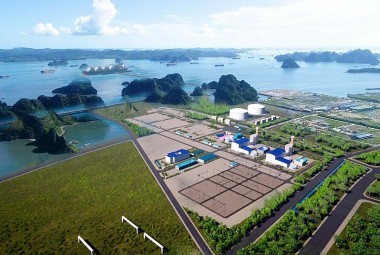 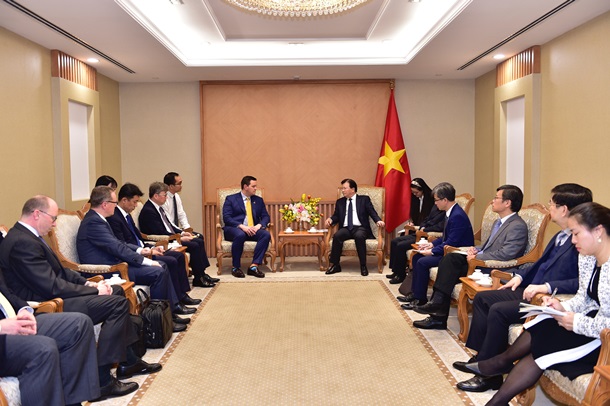 The US, South Korea partners proposed the investment in LNG power projects in Vietnam