- ​On July 28th 2018, in Hanoi, Vietnam General Confederation of Labour (VGCL) has organized a program “Vietnam glory - Impression of works" in order to glory the typical projects, which make great contribution to the construction and protection of motherland from 1975 to now. The 500 kV North- South transmission line is under management, operation by National Power Transmission Corporation (EVNNPT), it has a glory in contributing to the socio-economic development of the country. 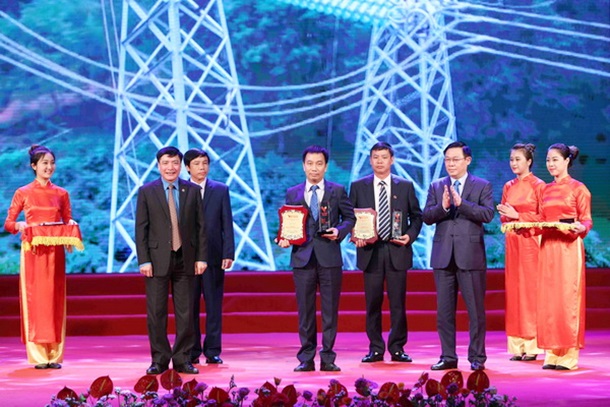 Making a speech at the ceremony, Member of Ministry of Politics, Vice Prime Minister Vuong Dinh Hue emphasized 08 projects get glory: the 500 kV North-South transmission line; "Ho Chi Minh highway"; Vietnam satelline (VINASAT-1, VINASAT-2); Hoa Binh Hydropower Plant; "Geographic map, minerals map at proportion 1:200.000"; "Encyclopedia"; "Research on creation and development of 2 new varieties of rice OM6976 and OM5451" of high productivity and quality for production and exportation; “Extended Vaccination Program” – these are the national significant programs, recognized the intelligience by thousands and ten thousands labourers in all regions of country, with many important fields of economic, social and national defense. Those are the live proof of thinking and real actions by Vietnamese intelligience, contributing to the society.

The national significant projects, scientific research projects completed and put into operation were recorded as a hystorical turning point, many projects have been respected by not only Vietnamese generations, but also the international friends. Especially, these projects have been brought into play the great efficiency in the socio-economic life, become symbols and driving force for Vietnamese generations to create and develop the other works.

Among these projects, the 500kV North-South Transmission line is a typical project. It is considered as an exploit of 20th century when it has settled the power shortage in the Central, Western hihgland and Southern of Vietnam. 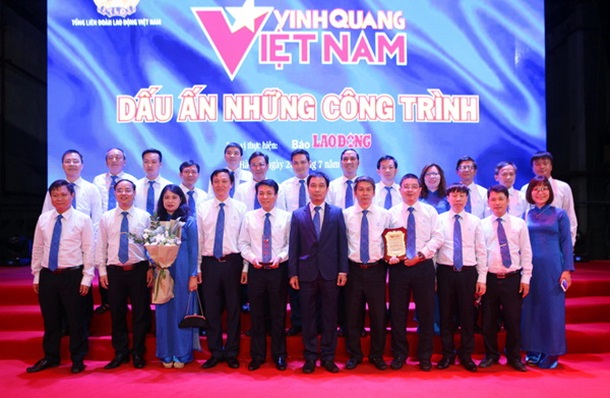 After only 2 years of commencement done by the former Prime Minister Vo Van Kiet (5/4/1992 - 4/1994), the implemneting units had completed a huge amount of works: Installing 3,437 iron towers; tensing 1,487 km of conductors (4 conductors in each phase) and arresters through 17 cities, provinces from Hoa Binh province to Phu Lam, Ho Chi Minh city; Constructing 22 optical fiber substations, with 19 stations for operation of transmission lines; Casting foundations of 280,000 m3 cement; 60,000 tons of towers, 23,000 tons of conductors and 930 tons of arrester; 6,300 tons of insulators …

The energizing and putting into operation of the 500kV North-South transmission system has evacuated the redundant power from hydropower plants of Hoa Binh, Thac Ba, Thermal Power plants of Pha Lai, Uong Bi, Ninh Binh for serving the socio-economic development in Central, Western Highland and Southern areas, facilitating an united transmission grid so that the country will start an important development phase of renovation, pushing up the industrialization, modernization. In which, period 1996 – 2000 has remained the growth rate of national production at 7%/year. In period 2000 - 2005, the economy has a high growth rate, GDP was 7.5%/year. In 2005, it was 8.4% GDP at the current price...

Mr. Bui Van Cuong – Member of Party Central Committee, Chairman of Vietnam General Confederation of Labour confirmed: The 8 above-mentioned projects have been selected from 35 typical projects, representing all the fields of the social life. These are the century projects, with milestones, proving the creation in labour, production of the Vietnamese labours and workers. These projects have facilitated the socio-economic, political, culture development of the country, but also provided training for the skilled technical staff, engineers, who can compete with those of other countries in construction, transportation, energy, geology, telecommunication, health, culture and agriculture.

At the ceremony, on behalf of the leaders of Party and State, Vice Prime Minister Vuong Dinh Hue, Head of Central Propaganda and training Department Vo Van Thong, Chairman of Vietnam General Confederation of Labour Bui Van Cuong have awarded the representatives of these typical projects./.